Home » Blog » What is the Best Caliber for Long Range Shooting? 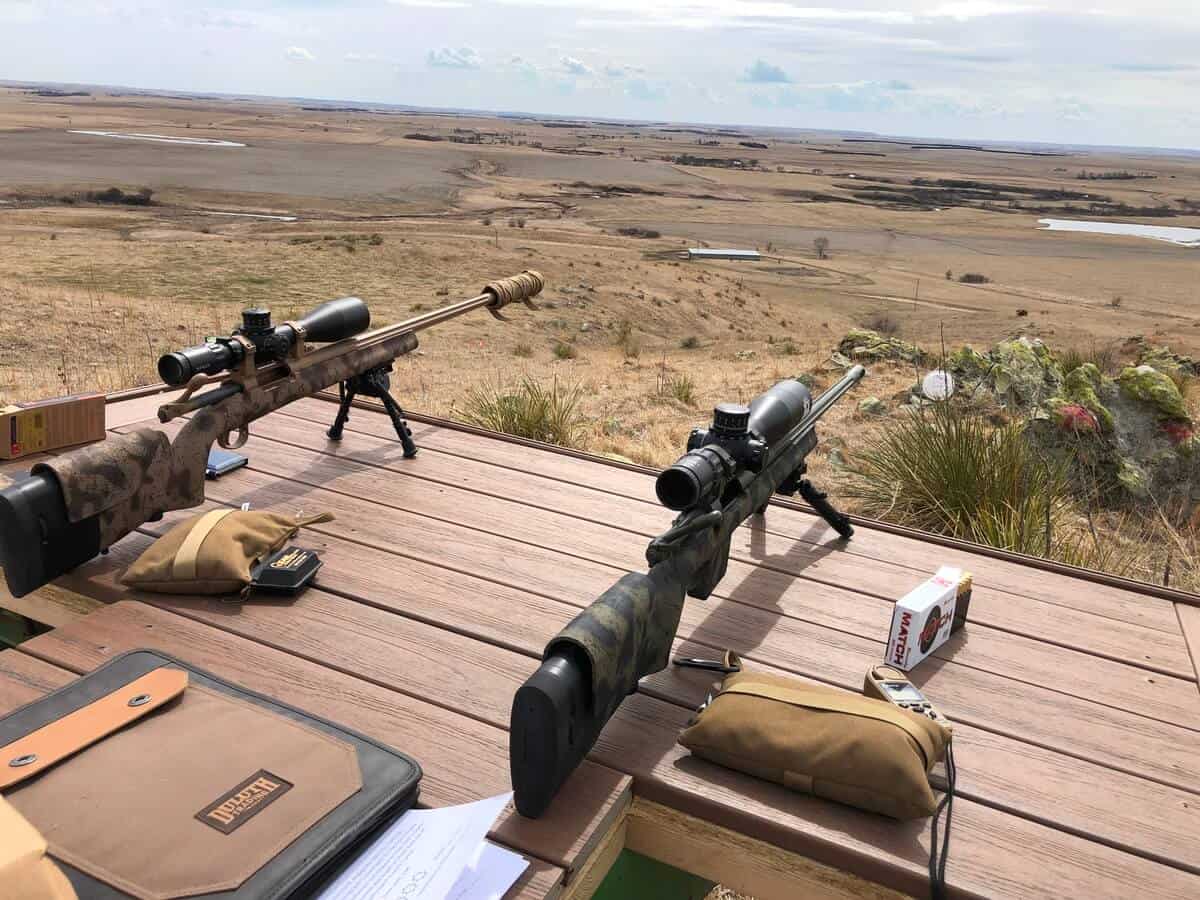 When you’re heading out for a hunt, sometimes you have to take distance into account. Many marksmen and hunters alike have their favorite long-range cartridges. While it’s alright to have favorites, that doesn’t mean that our favorites are the most ideal options for the job we’re looking to get done. When it comes to long range shooting, there are a number of different factors that come into play when you’re talking about the best caliber.

If you’re wondering what caliber you should be looking for to get the most out of long distance shooting, you’ve come to the right place. We’re going to cover all of the considerations that you should keep in mind when choosing a caliber, how they affect your shooting, and what caliber is truly the best for long range shooting. Keep reading to find out more!

For example, the bore (or the caliber) of a 9mm cartridge is 9mm. Because it was measured using the metric system, however, there is no decimal, and the word caliber is nowhere to be found. Imperial measurements of ammunition incorporate the word caliber, and are actually measurements down to the thousandth of an inch. That’s why we see .22 caliber expressed in decimal form, or just as twenty-two cal. 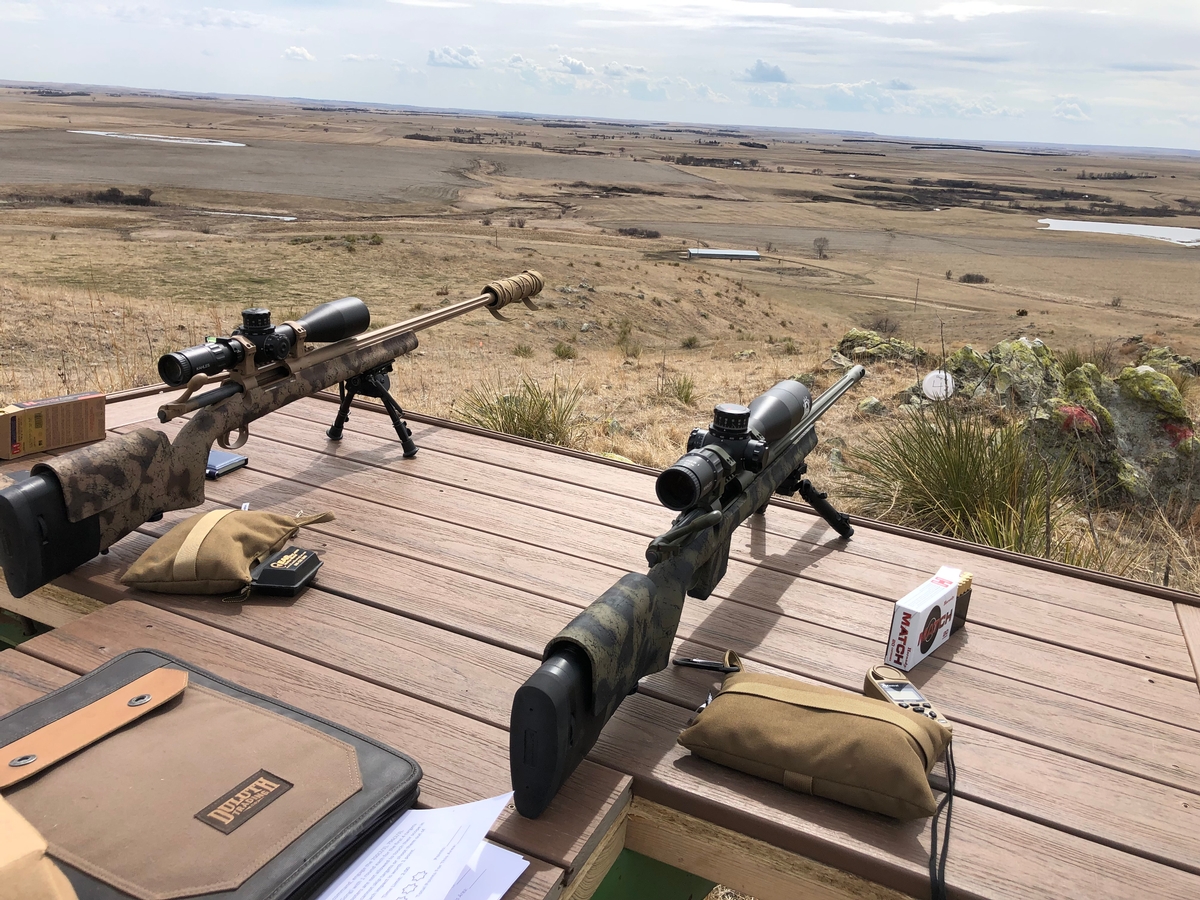 Criteria to Consider When Selecting a Caliber

Muzzle velocity, sometimes referred to as MV, lends itself to a number of different qualities when you’re considering caliber. Higher velocity means a faster speed, and the majority of people are familiar with the fact that speed kills. However, a faster round isn’t always better.

A higher MV does mean that wind speed is less of an issue than when shooting with a lower MV round. This will typically mean that less errors are seen when shooting at long distances. However, with higher MV also means that your barrel is going to see more damage. This can be an issue in and of itself. So, while faster may mean better in some cases, it doesn’t mean best.

Ballistic coefficient is a value assigned to a projectile. Often, the number itself seems arbitrary, but it’s just as important as any other measurement related to ammunition. They are measured using one of 8 different G values, with G7 being the most commonly used, as well as the most accurate.

Ballistic coefficient refers to how well a projectile navigates gravity, air density, and wind. The higher the number, the better performing the projectile is. When you’re looking for the best performing long range ammunition, the G7 BC needs to be as high as possible.

This is one of the least talked about measurements in terms of long-range shooting performance. Remaining energy is necessary for hunters and marksmen solely for the fact that it calculates how much impact a projectile will have after a certain distance traveled. The best performing long range calibers will have higher remaining energy over longer distances traveled, allowing them to continue traveling further.

Bullets travel at supersonic speeds. When they do this, they essentially tear through the air, pushing vapor in the air to form a cone shape around itself as it travels. The transonic range of a bullet is the distance at which this cone dissolves. As that happens, the accuracy of the round decreases, and shots become more inconsistent. If you want to make long range shots, you want to choose a cartridge that has a high transonic range. Speed and energy don’t matter if the transonic range is limited, after all.

The largest long range caliber means absolutely nothing if the recoil caused by it deteriorates your ability to hit your mark at long ranges. Years ago, the relationship between size and recoil was finally recognized, and long range shooters started to think a little differently. Rather than having the largest caliber possible, they said they wanted the best recoil in relation to the largest caliber possible. What the shooting world got was low-recoiling cartridges that were a bit smaller, but much more accurate.

Certain calibers of ammunition are much less available than other calibers. If you’re doing long range shooting, you want to be able to dial in taking those long distance shots without breaking the bank. Picking the right caliber that can handle long range shots, but is also widely available, is a balancing act that has to be carefully weighed.

The Best Caliber for Long-Range Shooting

Now that we’ve looked at most of the factors that affect long-range viability, let’s talk about the best calibers for long range shooting. There are a number of great options on the market, but these fit the bill better than the rest, making them your best bet. You can also check the best scopes for long-range shooting. 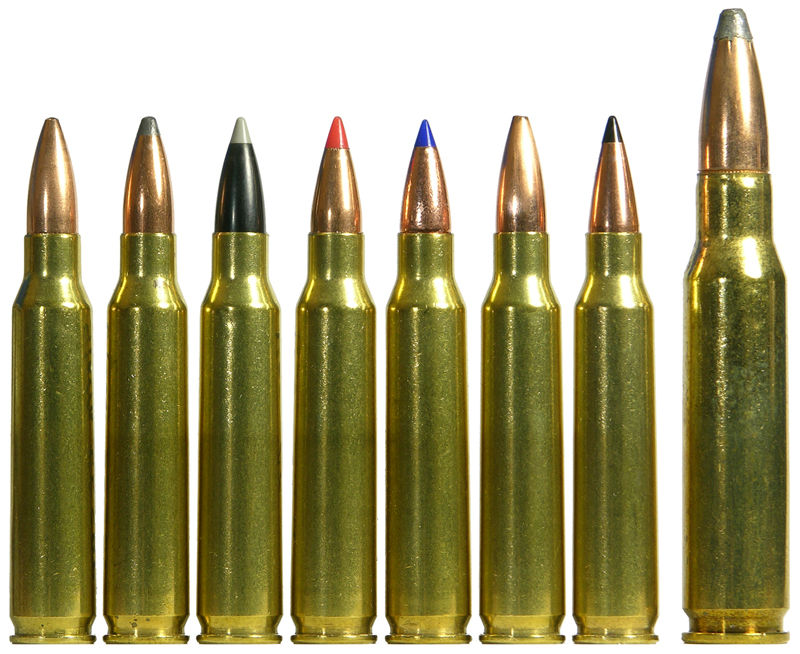 This ammunition was developed in the early 1960’s alongside the AR-15. The military recognized that the higher recoiling rounds were less effective at a distance, and opted for a smaller round that could hit its target at a greater distance. The ammo was lighter, meaning that the rifles were lighter, as well. The average MV of the .223 Remington is 3,100 feet per second (fps), with the transonic range being around 800m. This means that this caliber round is going to be able to shoot accurately up to about 800m without any issues or modification.

When it comes to the recoil of the .223, it’s nearly negligible. This is a round that can be fired with accuracy by novices and experienced marksmen alike. The cartridges are available just about anywhere, too, meaning that novices can hone their skills with ease. This is one of the best options for long range shooting available. However, it has to be mentioned that compared to some other calibers on our list, the .223 is a bit limited in range. What it lacks in distance, however, it makes up for in practicality.

If you ask any hunter what their preferred long distance caliber is, they’re likely to say it’s the .300 Winchester Magnum, or .300WM. Like the .223, the .300WM was developed in the early 1960’s. Other similarly sized cartridges were developed alongside it, but the .300WM is the only one left standing, which shows how well-loved it is. On average, the MV of a .300WM cartridge is 3,150fps. However, it’s transonic range is 1,300m, meaning you can hit your target from significantly further away than with a .223.

It should be mentioned that .300WM comes with a kick. It’s a caliber that’s best used by experienced marksmen. This kick also comes with another issue, though. The damage caused by .300WM to a barrel can become an issue, if you’re shooting regularly. Availability isn’t an issue in most cases, since the cartridge has been around for a long while. It is a bit pricier than other caliber ammunition, though, due to its popularity. This round has found its place in the practical world of hunting, but is overkill for people who are looking to do some plinking. 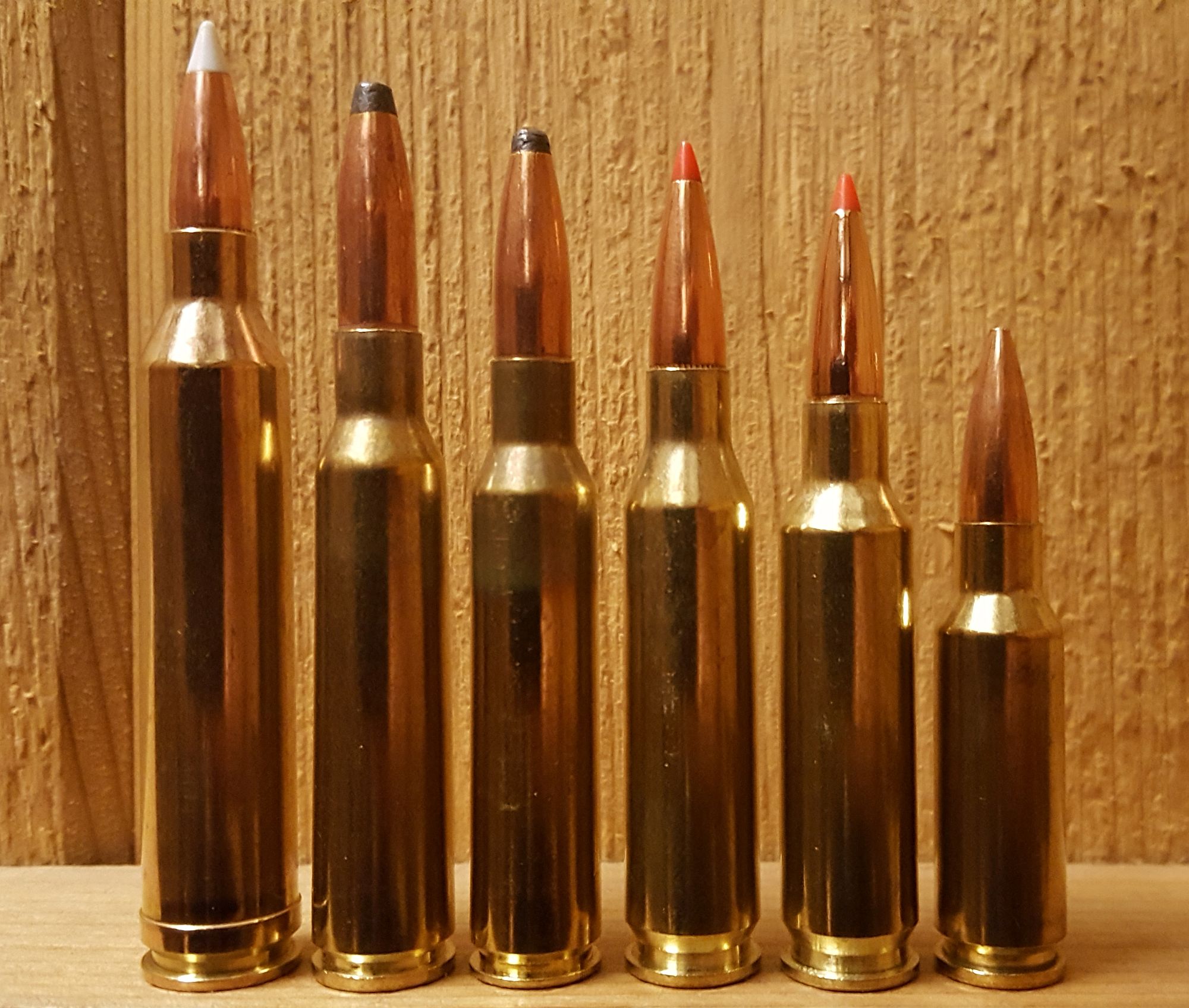 The most modern of the 3 cartridges we have on the list, the 6.5mm Creedmoor was developed in 2007. Its main design was for target shooting, and it is based on the .308 Winchester. Most marksmen agree that the 6.5mm may be the best long range cartridge ever developed. It has made a name for itself in both precision rifle shooting and hunting, and it provides the best of both worlds in terms of barrel-safe muzzle velocity and long range performance. The round’s MV is 2,750fps, with a transonic range of 1,300m. This means you don’t have to worry about wrecking your barrel to get a few hundred extra meters of accuracy.

The recoil is somewhere in between the .223 and the .300WM, making it great for shooters who are getting more serious about the sport. Because of its rampant popularity, you can find 6.5mm Creedmoor just about anywhere, and at a reasonable price. It’s got incredible performance, and it’s easy to shoot. It can be used for medium to large game, and for precision shooting. What’s not to love?

Any of the three choices on our list is exceptional for long range shooting. However, it really comes down to what your shooting discipline is. If you need something for large game exclusively, consider the .300WM. If you’re plinking on the weekend, go for the 5.56mm/.223 Remington. If you want a jack-of-all-trades, you’re going to love the 6.5mm Creedmoor. As always, stay safe and happy shooting!