Home » Blog » How to Choose a Scope for Long Range Shooting 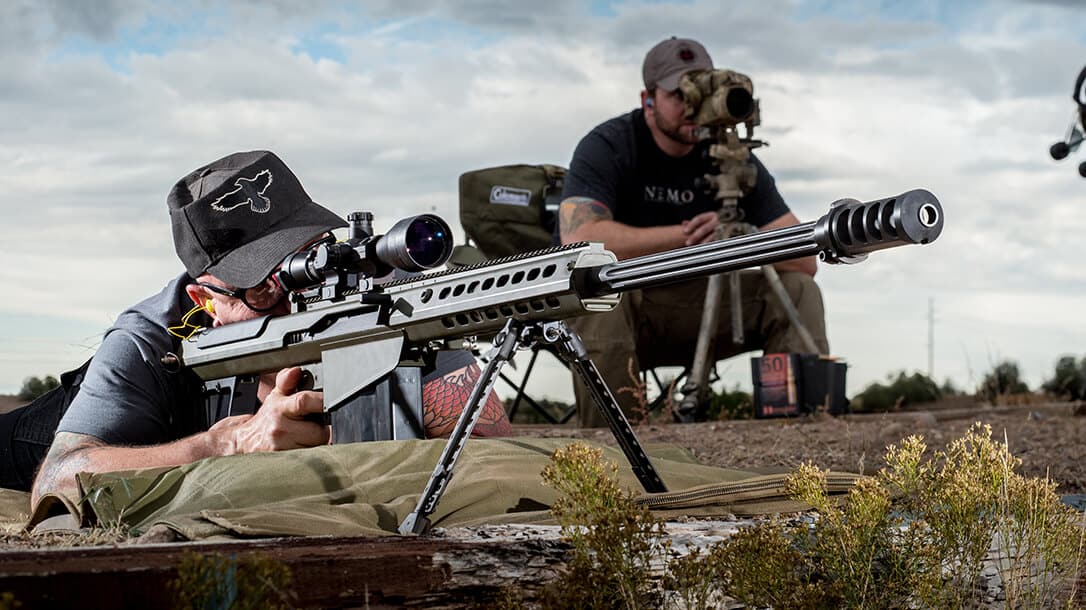 When you choose to put a scope on your rifle, you’re tying yourself to that optic. Anytime that you choose to use that firearm, you’re not going to be able to change things, unless you’ve got the time to zero in a new scope. That, or you’re going to be aiming down iron sights. Now, let’s be realistic – any time you put a scope on a rifle, it’s going to stay there. As such, it’s imperative that you get your choice right the first time.

If you’re looking to pick a scope for your long range rifle, don’t do it without checking this guide out. This article is designed to help you pick out the right scope for long range shooting the first time.

What is Long Range Shooting?

Things to Consider When Picking a Scope for Long Range Shooting

There’s a set of specific criteria that needs to be considered when choosing your long range optic. These guidelines should help you distinguish what scope is going to be the best for your needs, and what scopes to avoid.

The first criteria to examine when choosing a long range rifle scope is magnification. Magnification describes how magnified the field of view is going to be when you’re looking through the optics of your scope. Many riflescopes offer the ability to change magnification, while others are fixed. Think of this in terms of the way a camera lens works. The larger the number, the more magnified the picture is going to be.

If you’re choosing a scope for long range shooting, you need to have something that delivers magnification strong enough to resolve targets out as far as 1,000 yards. When you’re looking through the scope, at approximately 10x magnification, your subject should appear as if it is only 100 yards out. That’s the general rule of thumb. Higher magnification is available, but it may not be useful if it changes the magnification you get on the low end. For most long range purposes, magnification ranging from 4x to about 12x is best. This range allows you to zero in on targets ranging from 100 to 1,000 yards.

Now, there’s another consideration to take into account with magnification. Magnification ranges were once only available in ranges of three. Scopes were stuck at 3x to 9x, or 4x to 12x. Modern scopes, however, offer ranges in multiples of up to six. The low end for precision long range is about 3-18x, with other offerings reaching up to 5-30x. With magnification ranges that long, a throw lever makes finding your level of magnification much easier.

Clarity is another concept that relates to camera lenses, but it is just as important in riflescopes. When referring to clarity, you’re discussing how clear an image is through the scope. This refers to whether or not the image is sharp, the colors are crisp, and the edges are unobscured.

Riflescopes that are designed for long range need to have great clarity. To achieve that, premium glass must be used, which raises the price of the scope. However, when you don’t pay that premium price, you end up getting glass that’s got obstructions, or has heavy vignetting around the edges. Clarity is a must, so choose your optic based on quality, not price.

In riflescopes, the focal plane is a big deciding factor for most people. Reticles are either on the first focal plane (FFP) or the second focal plane (SFP), and this positioning makes a big difference.

The first focal plane refers to the focal plane closest to the eye. When the reticle is positioned here, it means that its size and clarity are constant. When magnification changes, the reticle stays the same. That is, for the most part, viewed as a good thing. It means that regardless of your vision, you’ll always have a clear view of the reticle. However, some marksmen aren’t a fan of this, and worry about the reticle obscuring detail when the scope is magnified.

Long range scopes are going to offer measurements in terms of MOA or MRAD. This is going to come down to personal preference, much like reticle shape and plane. However, if you aren’t aware of what each is, picking the right scope can be an issue.

MOA refers to minutes of angle, and for the most part, is only popular in the United States. Each MOA refers to grouping, and the distance from the center of the reticle. At 100 yards, 1 MOA means that the shots taken will group roughly one inch from center to center. At 200 yards, the measurement increases to 2 inches, and so on and so forth. Overall, it’s fairly easy to understand, even though the math is a bit harder to judge.

MRAD stands for milliradians. This measurement is set by the International Standard of Measurement, which works like the metric system everywhere else in the world. Each click using an MRAD scope is 1/10 of an MRAD, and roughly equal to 3.6 inches. This makes the markings further apart than when using an MOA scope.

This plays into reticle adjustments, which make a difference at longer ranges. It takes more time, as well as more clicks, to adjust MOA than it does MRAD. Most shooters are going to tell you that MRAD is what they prefer at long range because it is much faster.

Also see which are the best optics for long-range shooting.

When you’re buying an expensive optic, like a long range scope for shooting, the bases and rings should be high quality as well. If they aren’t, you may be making the scope harder to use than it should be.

Long range scopes, as well as any other scope, need rock solid mounting. If it isn’t, then all the time taken to dial in the scope at a distance turns into wasted effort after the first shot. In addition to being solid, long range scope mounts have to fulfill a set of standards to make it usable at longer distances.

A good mounting system for your long range scope is going to provide a vertical offset so that the reticle’s full range of motion can be used. If the reticle cannot move freely without obstruction, then you’re losing efficiency in the scope itself. To achieve this, a mounting base offering 20 MOA or more is necessary. This means that the scope will be able to achieve 20 MOA of elevation adjustment.

When you choose such a base, you’re also gaining another distinct advantage. The reticle itself will be closer to the optical center of the riflescope. This means that clarity is increased, which increases accuracy at longer ranges. Better optical clarity is a must, so make sure that the base you buy matches the needs of your scope.

Long range scopes need parallax adjustment to be effective at higher distances. Parallax occurs when the reticle and the target are focused at different distances within the scope itself. If parallax cannot be adjusted, then poor head positioning behind the scope results in poor reticle positioning. This means that poor shots and entire misses are more likely.

There are many different factors that play into how useful a rifle scope is at long ranges. If you don’t consider every detail, chances are that you’re going to end up with a scope you are unsatisfied with. While a marksman isn’t only as good as the gear he uses, properly selected equipment certainly does help. As always, stay safe, and happy shooting!