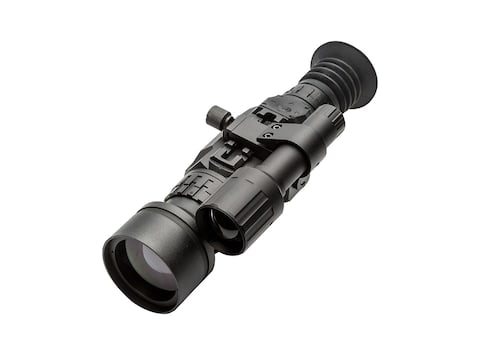 Because infrared is outside the range of light that humans can see, the beam is undetectable. The infrared-illuminated scene is converted into a visible image using image-converting technology. In a similar way, thermal imaging devices translate the pattern of heat radiated by objects, people, or animals into a visual image. “passive” night vision systems are night vision equipment that were developed for military use and are now marketed commercially. These devices convert photos captured in low-light conditions, such as starlight, into visible images. A passive night vision gadget can provide a view that is 20,000 to 50,000 times brighter than the naked eye.

Night vision devices were created for military applications, where the ability to see in the dark provides a clear tactical advantage. During the Vietnam War and the Persian Gulf War, the US deployed night vision gadgets to great effect. Both urban and rural police departments utilize night vision systems. In the late 1990s, night vision gadgets were more widely available. They first appeared in high-end vehicles and are now being sold directly to customers for recreational usage.

Millions of hair-fine optic glass fibers make up the image intensifier tube, which is the principal functional component of a night vision device. The glass used is a special formula that keeps its desirable properties after being heated and pulled. The eyepiece and output window are made of optical quality glass. Phosphor and gallium arsenide are also employed in the image intensifier tube. Metal and ceramic make up the tube body, with aluminum, chromium, and indium among the metals employed.

How Do Night Vision Scopes Work?

Light is sent through a lens, an image enhancing tube, and another lens in passive night vision systems. The objective lens, which is akin to a fine camera lens, allows light to penetrate. The light is focused into the picture intensifier tube by the lens.

The tube is the most difficult part of the night vision gadget to understand. It’s handcrafted to exacting standards. A photo cathode, a power source, a microchannel plate, and a phosphor screen are all included in this vacuum tube. The photons are absorbed by the cathode and converted into electrons. A wafer-thin gadget called a microchannel plate multiplies the electrons hundreds of times as they flow down the tube.

A conventional microchannel plate is about the size of a quarter, with a diameter of 1 inch and a thickness of 0.04 inches.  Millions of small glass tubes, or channels, are embedded in this plate. Over 10 million channels are included in the most recent night vision microchannel plates. As the electrons bounce through the tubes, they release more electrons through these channels. To produce a clear image, the channels on the plate must be uniform in diameter and spacing. After that, the electrons hit what’s called a phosphor screen. The electron image is converted to a light image by the phosphor screen, which focuses it on the output window.

The finished image intensifying tube can be tiny enough to fit into a rifle sight or a pair of military goggles, depending on the size of the total image intensifying tube. A Generation 3 monocular, for example, is 4.5 inches long, 2 inches wide, and 2.25 inches in height, including both lenses, and is currently available from ITT. The total weight of the instrument is 13.8 oz.

Only at night are night vision scopes used to observe and identify objects and targets. The scopes are commonly employed for nighttime and low-light surveillance.

The following are some of the uses for night vision scopes:

Why Do You Need a Night Vision Scope?

A customer must be aware of a product’s advantages and disadvantages. You’ll know what to expect from the product and whether it can match your requirements. For night hunters, a night vision scope is a game changer, especially for beginners. They do, however, have their own set of benefits and drawbacks, just like any other product. All of these will be listed in this section.

You can identify your target fast and effectively thanks to the technology included in the night vision scope. The night vision scope does not warn your prey of your presence because you simply have to rely on the light of the moon. As a result, animals will not flee or hide from you as long as you remain concealed, giving you the edge of surprise. This allows you to easily and rapidly locate and target your prey.

A night vision scope would also help you aim better. For starters, night vision scopes, particularly newer models, come with a variety of reticles and sighting technology. Regardless of whose reticle and technology your sight employs, it will improve your aim dramatically. This allows you to sight and shoot more precisely. This is especially beneficial when you are a beginner.

A night vision scope may be able to save your life. Because the human eye can’t see well in low light, it would require some illumination. Using ordinary lighting systems, on the other hand, would put you in danger by alerting predators to your presence. Using a night vision scope, on the other hand, would allow you to remain hidden and out of harm’s way.

Night vision scopes, particularly those from the second generation to the most recent models, can be rather costly. Some users may be hesitant to buy one because of the price.