Home » Blog » Is Hunting Good for the Environment? 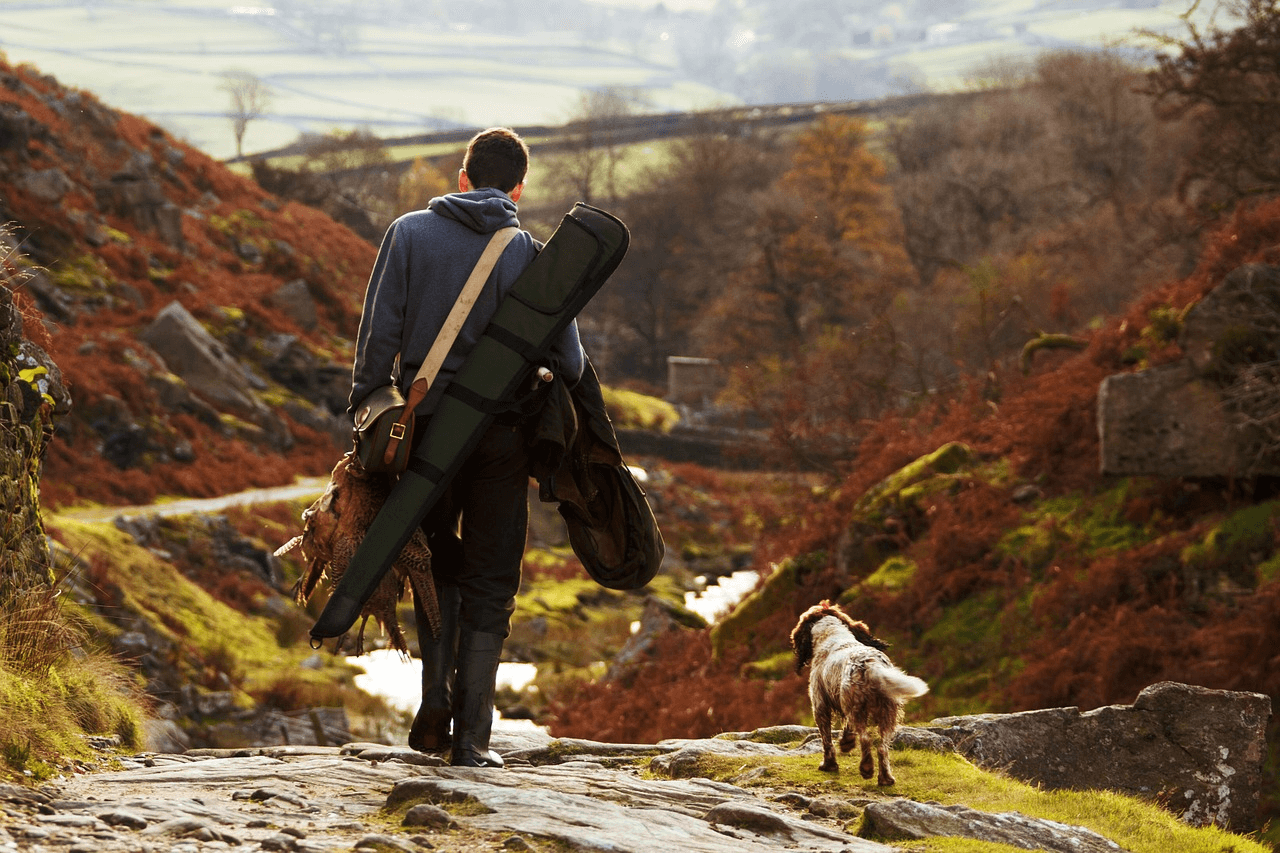 Man has hunted to survive since the beginning of time. Hunting showed that land management and maintaining wildlife are crucial to man’s existence and that of his animal friends from the early stages. The first Native American Indians built their culture around hunting. For instance, they believed one is considered a man if only he can hunt to feed his family. However, today, the debate between non-hunting groups and hunters seems unending, with both sides having credible claims to support their beliefs. Because of this scrutiny, hunting is often seen as a confusing sport. In this article, we’ll look at the conversation concerns, environmental benefits of hunting, and some of the important reasons for hunting animals. In the end, you should be able to establish a gray line between the various schools of thought surrounding this prehistoric activity. Let’s get started!

Table of Contents hide
Why is Hunting Important?
Does Hunting Help or Hurt the Environment?
Hunting Promotes Conservation
Hunting and Population Control
Prevents the Spread Of Diseases
Protects Plant Species
What would things be like if nobody hunted?
Final words

Why is Hunting Important?

There are countless reasons why hunting is good for man, animals, plants, and mother earth as a whole. Unfortunately, anti-hunting groups exist because many fail to understand that hunting is a highly regulated activity. Additionally, the devastating effects of poaching make matters even worse. However, it is worth noting that hunters and poachers exist in entirely different worlds. Interestingly, maintaining a healthy population of wildlife is at the heart of every ethical hunter out there. In addition, hunting has continued to serve as a great lean meat source, a way of connecting with our natural environment, and maintaining a tradition that has existed for thousands of years. The following sections provide answers to some of the critical questions about the reasons for hunting.

Does Hunting Help or Hurt the Environment?

Hunting has enjoyed both praise and criticism from its supporters as well as environmentalists. As a result, the answer to whether it helps or harms the environment depends on who is answering. Nevertheless, research shows that hunting is one of the most crucial wildlife management tools available to man. Because hunters need suitable places to hunt, the hunting community ensures that a diversity of natural habitats remains intact and undamaged. As a result, it promotes the longevity and sustenance of their animals of interest.

Furthermore, wildflower viewers, ecologists, birdwatchers, and hikers all depend on a natural habitat to achieve their specific aims. While there are sometimes conflicting interests between these groups, the goal is usually the same—maintaining healthy outdoor ecosystems. However, efforts are in place to ensure that all parties come to a compromise.

On the other hand, many argue that hunting is highly detrimental to the natural homes of animals. They claim it decimates population growth and causes natural predation imbalance. Additionally, because hunters pursue specific species, it implies that the prey of these animals will increase in number, throwing the natural environment off balance. They stressed further that nature has its own balancing and population control methods that are contrary to that of humans.

In the past, humans have hunted woolly mammoths, dodos, and three camel species into extinction. Several species have become critically endangered due to hunting. In fact, the University of Michigan estimates that about 25% of all animal extinction in the 21st century will result from over-hunting and poaching. Illegal and over-hunting is one of the top issues government agencies have failed to address in recent years. For instance, poaching is challenging to eradicate in less populated areas as it is near impossible to reprimand and punish defaulters.

Non-hunters and environmentalists believe that hunting has no legitimate place in the sporting world. Indeed, hunting causes animal deaths, and it is a competition that doesn’t require the consent of the animals involved. Moreover, with cutting-edge gears and sophisticated rifles, 30 06 riflescopes or 30-30 scopes, muzzleloaders, and handguns, snares, etc. animals have little to no chance of escaping experienced hunters.

Finally, animal advocates also claim there are no rules in the sport, and while the animals end up dying, the hunters experience no harm at all. But, again, hunting causes severe suffering and pain to animals. Due to the rarity of quick kills, many animals suffer injuries, prolonged and painful death when hunters fail to hit vital organs.

Animal conservation is the act of protecting, guarding, and preserving wildlife and their habitats. One of the top, if not the most important, reasons hunting is good is because it generates billions of dollars every year. Usually, every hunter must have a license purchased from their local wildlife agencies for hunting eligibility. Additionally, tax from tags, land stamps, hunting gears, firearms, and ammunition are significant hunt-related revenue sources.

The wildlife agencies channel these huge sums towards conservation programs such as scientific research and surveys, wildlife rehabilitation, and habitat management and control. Notable leaders such as Aldo Leopold and Theodore Roosevelt helped shape the modern North American Model of Wildlife Conservation. Their ideas were centered around regulated and ethical hunting being crucial to sustenance and wildlife abundance.

The following are some of the answers to the question of why hunting is good for the environment and conservation efforts:

Hunters kill almost six million whitetails annually. Yet, there are an estimated 100,000 injuries and over 200 fatalities caused by deer accidents every year. In addition, these accidents amount to $1 billion in vehicle damage. Now, let’s imagine people didn’t hunt at all-the result would have been even more catastrophic.

Prevents the Spread Of Diseases

A practical method of preventing diseases is taking out the infected animals to keep the whole community safe. Most times, diseases come as a result of poor nutrition leading to weakened immune systems. Additionally, it’s worth noting that sick animals could pose serious health issues to humans. Therefore, good hunters take pictures and report to the nearest wildlife department when they encounter sick animals in the wild.

Overpopulation of herbivores could spell doom for many plant species. Overgrazing occurs when pasture or vegetation is continuously harvested from the land and not allowed sufficient time to regrow. When the population of herbivores is not in check, it often results in overgrazing. The adverse effects of overgrazing include reducing land value, biodiversity, and productivity. Hence, wildlife management agencies must put actionable measures in place to help reduce overpopulation on protected lands. One of such is ethical hunting. 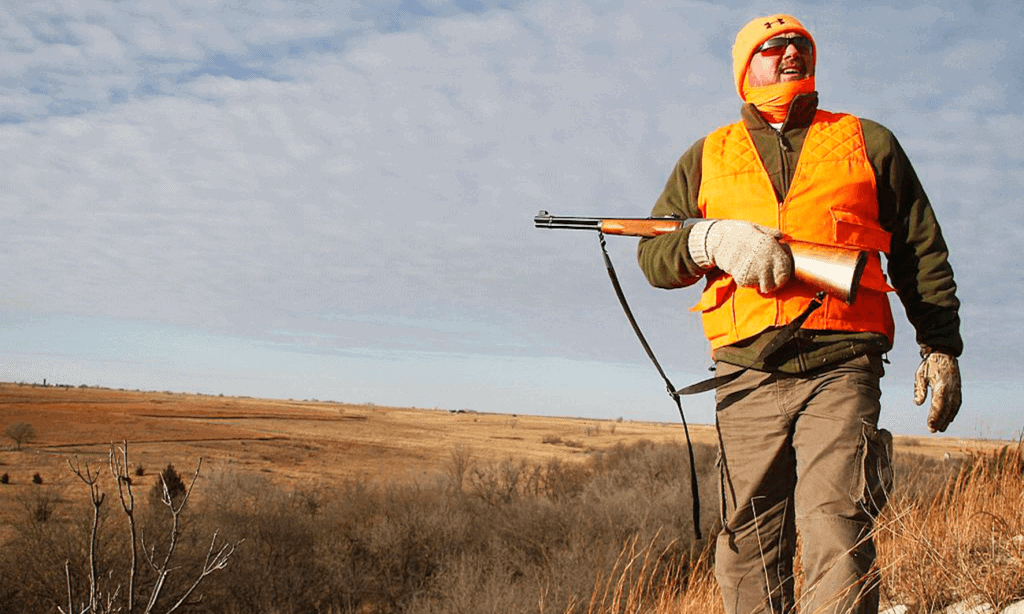 A fact animal advocates have to understand is that mother nature will not always find its balance. Additionally, without human intervention, many animals will die due to the ruthlessness of nature. You wouldn’t need a zoologist to explain that there’ll be an uncontrollable number of deer if hunting was banned.

Then how does hunting help the environment? Let’s consider the following:

Even though there are no bag limits for hogs in many states, the Southern states, including Texas, Mississippi, Oklahoma, Georgia, and Louisiana, still can’t contain its population growth. Feral hogs are detrimental to the natural environment, costing an estimated $1.5 billion in damage annually. When you look at these figures, you can’t help but understand why hunting is important for everyone.

If nobody hunted, animals would have eaten themselves out of their natural habitats, and most would have gone extinct. Important plants would have disappeared due to forestry and crop damage. More importantly, starvation and disease would have been out of control. Hence, there are justifiable reasons for hunting animals.

There are contrasting answers to the question, “is hunting good for the environment?” However, hunting remains a key cultural tradition that has enabled man to relate with the world. It set the foundation for modern commerce, allowing the men to provide food for his family as well as hides for clothing. While conservation programs started very much recently due to reducing specific species, hunting has continually helped maintain a balanced ecosystem.