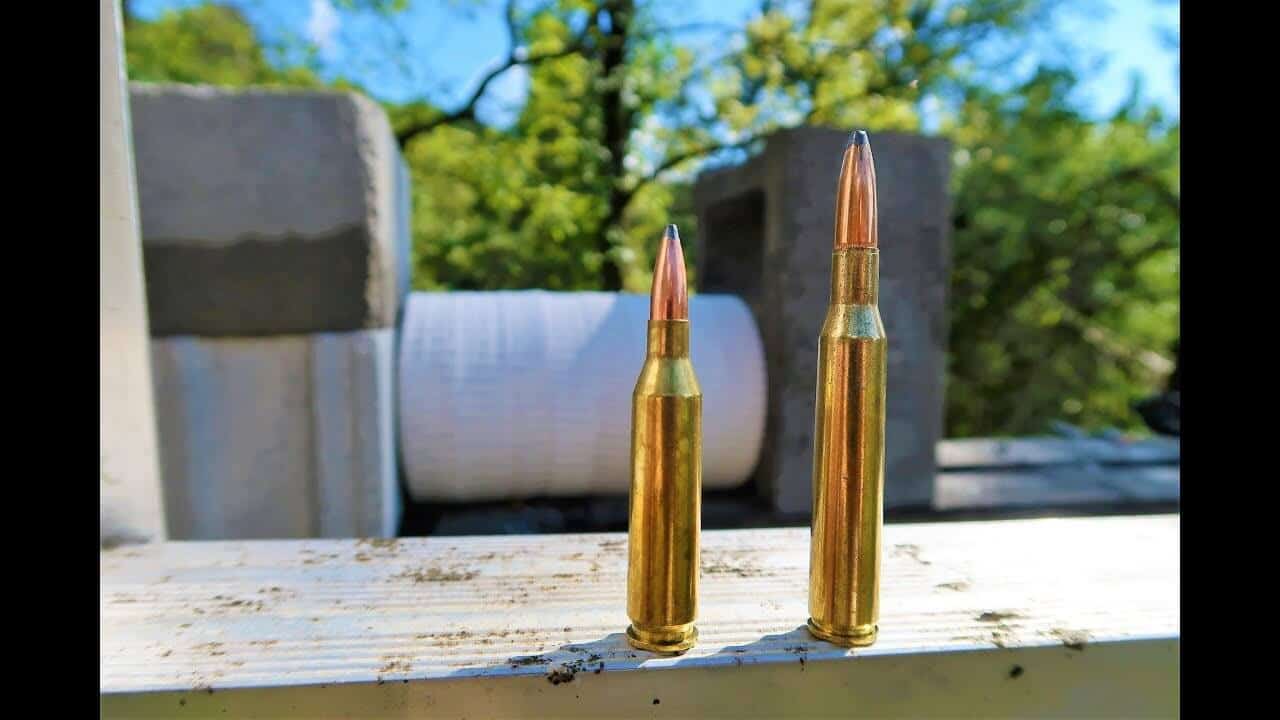 Caliber debates can be brutal, particularly among calibers that are very similar but still so different, like the .243 vs .270. So rather than stirring up a nest of something we don’t want to deal with by stating one is better than the other, we’re going to do a deep dive into both, and talk about their similarities, differences, and where they excel in use.

The .243 and the .270 are two of the most popular Winchester cartridges, but they are also some of the most universal in their application, being great for everything from varminting to big game hunting.

No matter which you end up going with, you will still end up with an incredibly versatile hunting round that should serve you well. So, rather than get dragged into another caliber debate, here’s all the info you should need on .243 vs .270 Winchester, and how you can use them each to their full potential.

If power is what you’re after, you’ll want to choose a .270. This caliber has an overwhelming advantage for taking down larger game. And that’s all thanks to its incredible stopping power.

As a taller cartridge, it can propel a 130-grain round approximately 3,000 feet a second, generating energy that exceeds 2,700 foot-pounds. That’s a lot of force, and it’s why hunters prefer the .270 when tracking large game.

Now, that’s not to say the .243 is a slouch in the speed department because it’s not. The key difference is that its bullets are a lot lighter. As such, you’ll typically find them in 75- to 100-grain.

What’s more, they deliver much less energy by comparison. A good example would be to compare an 85-grain option. Some brands can propel this cartridge at 3,200 feet per second, yet its energy delivery is just a little over 1,930 foot-pounds.

Moreover, the .270 delivers more energy per distance. It should be noted, however, that similar cartridges travel on similar paths. So you’ll want to do your homework when comparing different brands of .270.

It’s important to keep in mind that comparing different weights and styles of bullets will produce varying results. If you just want a cartridge that fires flat, you can usually flip a coin between the two calibers. 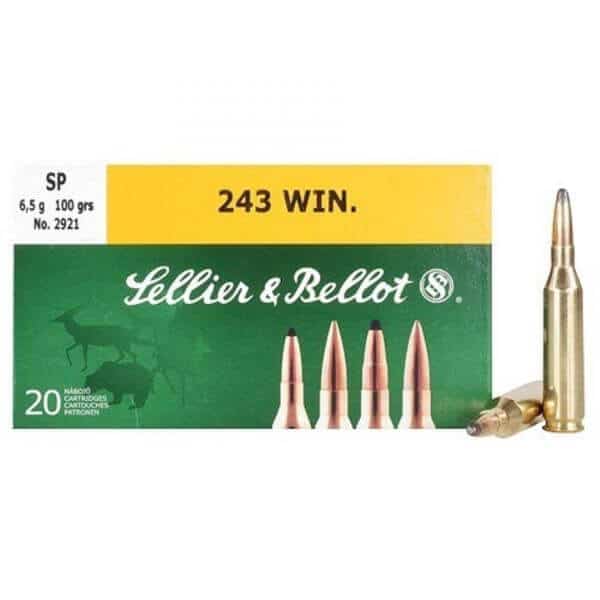 When you’re trying to decide between the .243 vs .270 for deer. Both calibers tend to be solid choices. But as stated, the .243 is less powerful.

Generally, the .243 is a better caliber for shooting smaller game like deer, pigs, coyotes, and the like, whereas the .270 is more versatile and can be used for larger game like moose, elk, bear, and even buffalo.

With that said, you need to consider the type of game you’re hunting, too. For example, if you are on the hunt for deer, either round will produce similar effects. This is because deer have thinner skin. Thus, you get results that are on par with one another.

It’s worth pointing out that your retention time will also be similar. But when it comes to sheer power, the .270 is the decisive winner. You’ll want to keep this fact in mind when you plan a hunting expedition.

You don’t necessarily need the most powerful rounds on your rifle. This can play a key role in your buying decision when shopping for a rifle. If you’re only hunting deer and you can save money on a .243, there’s no need to invest in a .270.

One thing to keep in mind with the .270 is that it has a lot more recoil than the .243, so it’s better suited to shooting at close ranges.

The downside of the .243 is that it shoots flatter than the .270, and there’s less recoil, so it’s not as great for shooting prairie dogs at long distances as you’ll have to use an elevated position or a bipod to get accurate shots at longer distances.  You can read our guide on the best scope for 270 Win.

If there’s one category that both calibers excel in, it’s recoil. When gauging .243 vs .270 recoil, it’s readily apparent that both don’t produce too much of it. As most hunters will be able to tell right off the bat, the .243 produces far less recoil by comparison.

It’s not nearly as powerful of a cartridge, so by default, the .243 doesn’t have as much recoil as its bigger sibling. In general, the .243 produces about eight foot-pounds of recoil. Contrast that with the .270, which produces twice as much.

Of course, things like load selection play a role in the type of recoil you get. But in general, you can trust the .243 to produce noticeably less recoil than the .270.

This is an important distinction, especially if you have shoulder problems. You want a rifle that shoots as comfortably as possible, and the .243 ensures this by a sizable margin.

Just keep in mind that you’ll be greatly limiting your power capabilities. But as we discussed a moment ago, if you’re strictly hunting deer, this shouldn’t be an issue.

Which Is Right for You?

Would you rather have a .243 rifle or a .270 rifle? If you’re asking yourself this question, it’s because you want to know the difference between these two rifles.

Most people will tell you that the .243 is superior to the .270 and that there’s a lot more accuracy with the .270. But what does having a larger caliber rifle really mean for hunting?

When hunting large game, you want all the power you can get. As you’ve likely determined by now, the .270 excels in this area. The stopping power between .243 vs .270 is apples and oranges.

Yes, the .243 is ideal for smaller game and deer. But anything larger than that is going to pose a problem if you’re using a .243. So in determining which caliber is right for you, it’s important to consider what you’re going to be using the round for.

If you just want something for light hunting and plinking, you shouldn’t need anything greater than .243. But if you’re an avid hunter who hunts various types of game, you’re definitely going to want a .270 at your side.

If you don’t mind double the recoil, the .270 will prove to be a viable companion when you’re out in nature.

We’ll start off with a very simple explanation of why having a .270 rifle is better than a .243. The first reason is that the .270 has a larger caliber — the diameter of the bullet — which means that it can be fired at lower speeds.

This allows the bullet to travel through the air faster, which means less wind drift, which in turn increases accuracy. Every single ounce counts when you’re hunting, and if you have a bigger bullet, it becomes easier to hit your target without wind drift.

Another reason for choosing a .270 over the .243 is that there’s more power behind it because of its larger caliber. If you love big game hunting, then this is something you should consider when choosing your rifle.

The .243 has a shorter rifle bullet and produces less recoil. This makes it easier to target your prey because you’ll have a smaller area to keep your eye on.

The .270, on the other hand, has a longer rifle bullet and creates more recoil because of its larger caliber. It’s harder to keep your target in view if you’re using the .270 Winchester.

The .243 is also considered more accurate than the .270 due to its lighter weight and lower wind resistance. When hunting, it’s not only about what type of rifle you use; it’s also about having the proper gear and accessories, like ammunition and riflescopes.

With all of these things in mind, it’s easy to see that there are many factors that contribute to a successful hunt. But if you have to have lighter recoil and you limit your hunting excursions to deer, the .243 will serve you well. See which are the best scopes for .243 Win.

The Benefits of a Larger Caliber

The .270 is a popular hunting rifle that boasts a long barrel, high power muzzle energy, and a relatively flat trajectory. But what makes the .270 such an excellent weapon?

As we’ve noted, the first thing to keep in mind is that it has more recoil than a .243. This could cause you some trouble when trying to stay on target when you fire your weapon. Less recoil minimizes the need to constantly adjust your aim.

But with that added recoil comes significant power. With the .270, you can shoot animals as far as 500 yards away without having to worry about them feeling pain or suffering from bleeding out for too long.

A larger caliber rifle also offers improved penetration and accuracy with longer range shots. Also, larger calibers are more accurate because they have more mass in front of the bullet before it leaves the barrel, which results in less movement during firing.

Deciding which caliber is right for you is easy when you know what to look for and consider its primary use. For lighter shooting and small game, the .243 is a solid buy. But for larger hunting expeditions, the .270 is the better choice.